The Story Of Enzo Ferrari

Ferrari is one of the most iconic and well-known brands in the world. The company has been building high-performance automobiles since 1947, and its cars are coveted by enthusiasts around the globe. Enzo Ferrari was the man behind the creation of this legendary brand, and his story is one that is truly fascinating. In this post, we’ll take a look at Enzo’s life and how he went from being a race car driver to becoming one of the most successful automobile builders in history. Buckle up and enjoy the ride!

A Genius Is Born

Enzo Ferrari was born in 1898 in Modena, Italy, and would go on to become one of the leading figures in post-war automotive engineering. As a young man, Ferrari demonstrated an early passion for cars and racing, winning his first race in 1919. After several years as a successful driver and team manager, he founded his own company – Ferrari – in 1947 which quickly grew into a worldwide symbol of auto racing excellence. With his innovative designs and aggressive leadership style, Enzo helped to revolutionize the industry and cemented himself as one of motorsport’s preeminent figures. 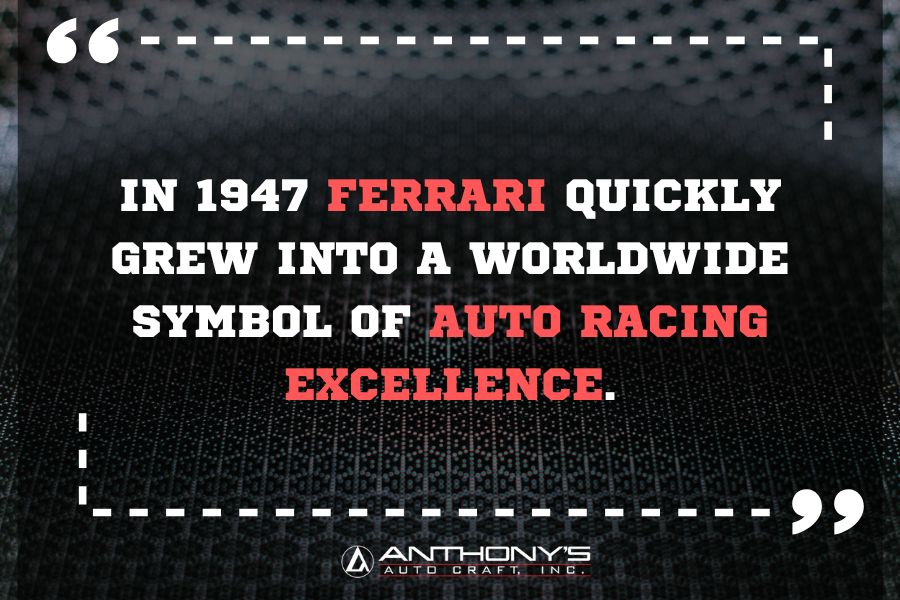 From Driver To Builder

Enzo Ferrari is well-known for his pioneering Ferrari race cars, but many people don’t know that he originally had aspirations of becoming a driver. From a young age, Enzo had a keen interest in automobiles, and at the age of 20 he entered his first official car race. After several years of participating in races as a driver, Enzo realized his true passion lay in building cars rather than driving them. This pivotal decision paved the way for one of the most legendary automotive manufacturers to emerge and create an unforgettable legacy.

In 1929, Enzo Ferrari founded the Scuderia Ferrari racing team with his partner Alfredo Caniato. The team rapidly gained notoriety thanks to its impressive successes on the track; In its first incarnation, it achieved over 24 victories and numerous podium finishes. This early success set a high bar for subsequent drivers and teams of the legendary Ferrari; throughout its long history, the Scuderia has hosted some exemplary figures in racing who have won championships and titles around the world. A testament to Ferrari’s tenacity and skill, Scuderia is now one of the most iconic F1 teams in the world and one of motorsport’s most celebrated names.

In the 1930s Enzo Ferrari was building his career in motor racing before turning his attention to auto engineering. In 1932, Ferrari purchased the ALFA race team and its name changed to “Scuderia Ferrari” meaning “Ferrari Stable”. In 1939 Ferrari created a new department to produce road cars, but his participation in World War II caused a brief halt to his progress. In 1947, he resumed the production of Grand Prix cars and granted licenses to other companies to build sports cars using his name. Thus began the history of the Ferrari manufacturing legacy, with classic models such as the Daytona and F40 earning their places as some of Italy’s most iconic motor vehicles.

Taking Ferrari To The Streets

After the end of World War II, Ferrari set out to bring their expertise in high-performance racing cars to roads around the world. After initially producing modified road-legal versions of their race cars for select customers, Ferrari began full production of street-legal models for over-the-counter sale as early as 1947. This marked a new era for the company and grew them into one of the most successful and respected manufacturers of sports cars in the world.

In 1947, the visionary Enzo Ferrari made his mark on the automotive industry by introducing the Ferrari 125S – the first car to bear his name. This revolutionary car was more than just a sleek, stylish design; it had exceptional performance capabilities, making it one of the most sought-after vehicles of its time. With its powerful V12 engine and numerous speed records, the Ferrari 125S powered Italy into the big leagues of motor vehicle production and set a precedent for future legendary designs.

Enzo Ferrari was a driving force in the automotive industry, not only as a car designer and manufacturer but also as a racing team owner. His passion for cars and motorsports was evident in every car he produced, and his influence is still felt today. If you’re interested in learning more about Ferrari or Italian automobiles in general, be sure to check out some of the resources on our blog.