If you love cars, then you probably have a favorite type of car. Maybe it’s a classic muscle car, or a high-end luxury sports car. But what if you could take your favorite car and make it even better? That’s the idea behind custom car building – taking an existing car and making it into something completely new and unique.

We’ll be looking at some of the most famous custom car builders in the world – some you’ve likely heard of. These are people who have turned their passion for cars into a full-time career, creating some of the most amazing vehicles ever seen. So whether you’re a fan of custom cars or not, you’ll be amazed by what these builders can create.

If you’re a fan of cars, then you’ll love the TV show Chasing Classic Cars. The show follows car collector and enthusiast Wayne Carini as he searches for rare and classic cars to add to his collection. Along the way, he meets with other collectors, mechanics, and experts who help him find and restore some of the most amazing cars ever made.

The show is both informative an entertaining, giving viewers a behind-the-scenes look at the world of classic car collecting. If you’re interested in cars, or just want to see some amazing machines, then Chasing Classic Cars are worth a watch.

The show is most famous for having featured the last remaining original 1967 275 GTB/4 Ferrari N.A.R.T. Spyder. It sold at RM Auctions for a whopping $27.5M. 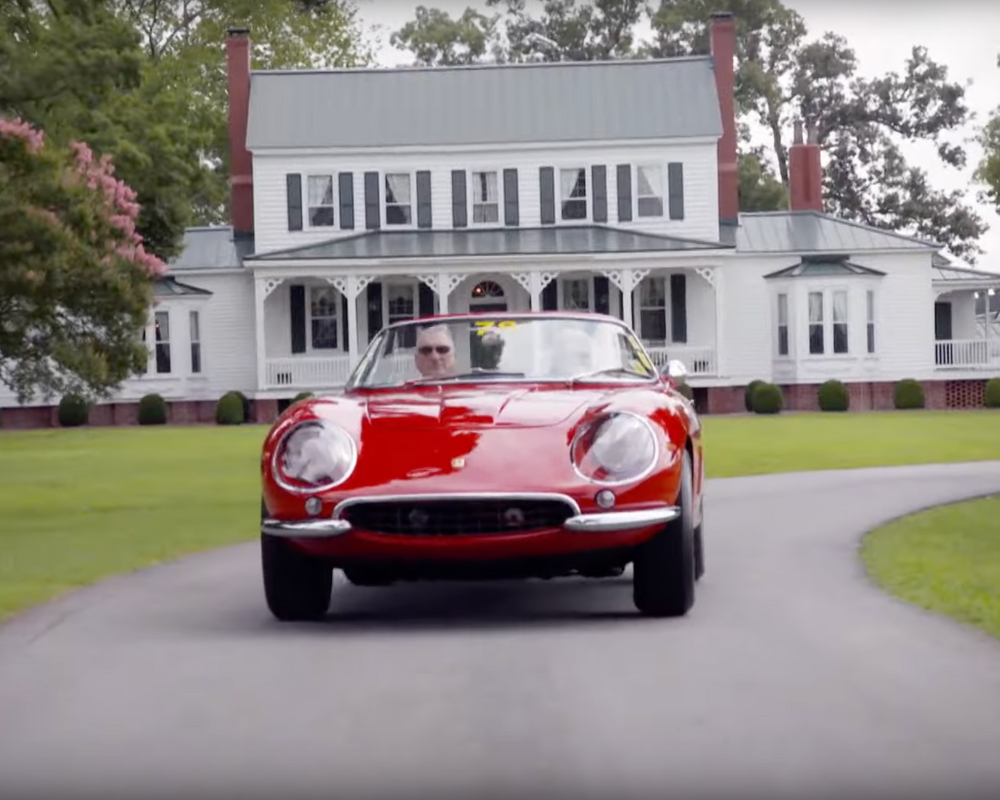 Iron Resurrection is a famous custom car-building show that first aired on Velocity in 2016. It follows the team at Joe Martin Customs as they restore classic cars and bring them back to life. Led by the renowned automotive designer, Joe Martin, the crew works hard to find classic vehicles with stories and turn them into one-of-a-kind masterpieces.

With their “anything is possible” attitude, the Iron Resurrection team turns wrecks into works of art by tearing down every aspect of a vehicle and rebuilding it from the ground up. From rust restoration to full-on customization, they will take on any project with enthusiasm and dedication. The show is sure to please any car enthusiast as it showcases not only unique vehicles but also excellent craftsmanship and a never-ending passion for the art of car restoration.

Below is an episode from Season 4 in which they transform an iconic ’67 C10 into a jaw dropping hot rod.

Rust Valley Restorers, showcased on the Canadian streaming service Crave, follows the car-restoration business of Mike Hall, Avery Shoaf, and the rest of his crew. The show documents their search for classic cars and off-road vehicles in junkyards and barns across Western Canada. Once a car is found, they restore it to its former glory. From classic Ford Mustangs from the 1960s to a 1957 Chevrolet Bel Air, Rust Valley Restorers has no shortage of classic cars. With Mike and Avery’s unique style and personalities, as well as their deep knowledge of the car culture, viewers get an interesting and funny look at what it takes to restore these classic cars.

Dave Kindig is the owner and head designer at Kindig It Design, a company that specializes in creating unique and amazing custom cars. Dave has been building custom cars since he was a teenager, and his work led to the hit series Bitchin Rides.

Dave’s work is always impressive, and his team at Kindig It Design is some of the best in the business, including the iconic Copper Caddy in which Dave appeared on the cover of Hot Rod Magazine. From classic muscle cars to modern hot rods, Kindig It Design produces beautiful custom builds that last a lifetime. Dave’s attention to detail and passion for cars makes him one of the top custom car builders in the world.

Below is the impressive ’60 Copper Caddy restomod: 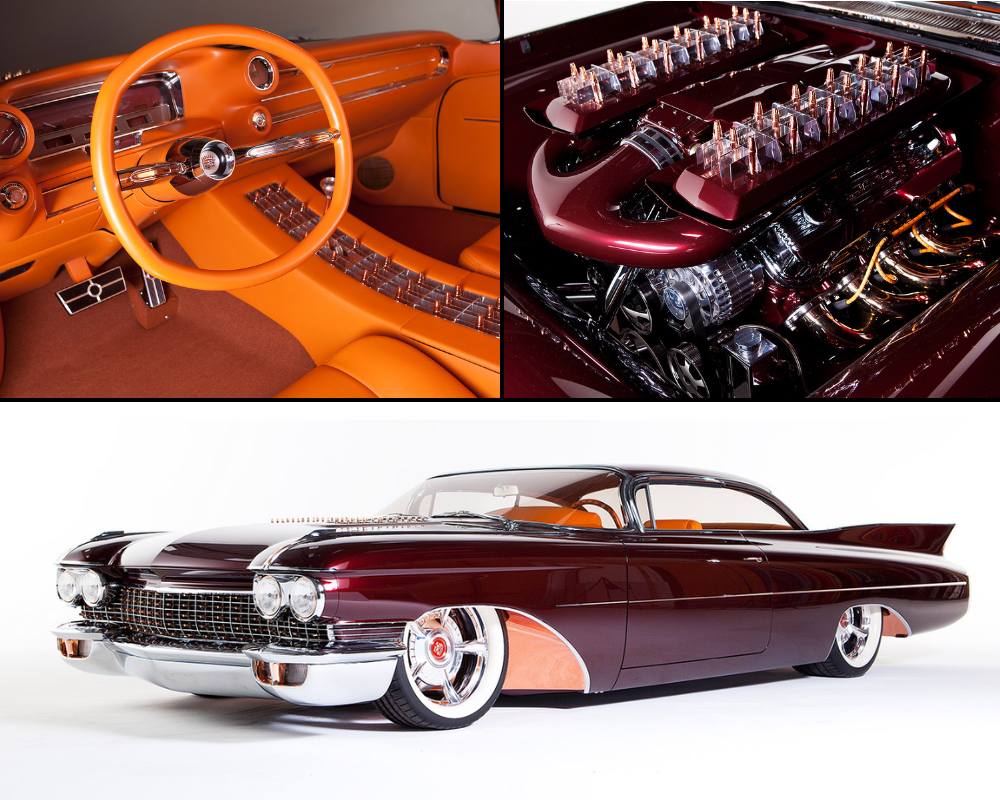 If you’re a fan of cars, then you’ll love the show Highway To Sell. Staring car enthusiasts “Slick”, Jerry Ocasio, and Dennis Pittsenbarger, Highway To Sell follows the trio as they hunt for unique and classic cars across America. Once they’ve found a car worth restoring, Slick’s team of experts will go to work turning it into an absolute showstopper! From frame-up rebuilds to custom paint jobs, Highway To Sell has all the thrills of a classic car restoration show.

With each episode, Slick and his team of experts work together to create amazing transformations that will leave you amazed. If you’re looking for a show that packs a punch in the custom car-building world, then Highway To Sell is one to watch!

Overhaulin is one of the most popular car-building shows on television. The show follows car enthusiast, Chip Foose, as he and his team of mechanics work to restore classic and vintage cars. Each week a new project is taken on, with the team completely transforming the vehicle within just seven days.

Throughout each episode, viewers are put in the driver’s seat as they watch the team achieve their amazing transformations. From extreme bodywork to custom paint jobs, Overhaulin will leave you in awe of its car-building capabilities.

Of all the great Foose designs, this 1939 Cadillac stands alone as an example of classic Americana meeting modern technology and innovation: 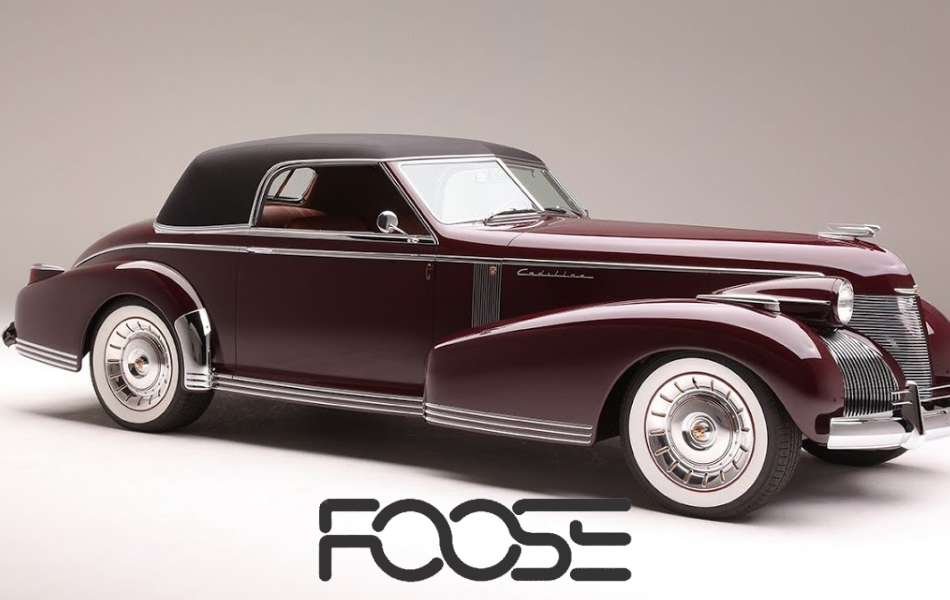 West Coast Customs is one of the most popular car-building shops in America. But how did it all start?

West Coast Customs was founded in 1993 by Ryan Friedlinghaus. Originally, the shop was located in a small garage in southern California, but it wasn’t long before word began to spread about the amazing work that was being done at West Coast Customs.

In 2004, the shop moved to a new location in Hollywood, and it wasn’t long before celebrities and other high-profile clients began to flock to West Coast Customs for their car-building needs.

Today, the shop is known around the world for its amazing custom builds. From luxury cars to extreme sports cars, West Coast Customs can turn any vehicle into a work of art. If you’re looking for a radical car-building experience, then be sure to visit West Coast Customs

If you’re looking for a show that takes car restoration to a whole new level, then be sure to check out Car Masters: Rust to Riches. This show follows the team at Car Masters as they take on some of the most challenging car restoration projects imaginable.

From rusty old wrecks to classic cars in need of a total overhaul, the team at Car Masters is up for the challenge. Using their years of experience and expertise, they’ll work tirelessly to restore these cars to their former glory.

So if you’re looking for a show that will leave you amazed, be sure to check out Car Masters: Rust to Riches. You won’t be disappointed.